Earlier in the month, I took a trip out to Minneapolis, Minnesota for a friend’s wedding. We made a long weekend of it and worked in some sightseeing. I knew Minnehaha Falls was on my list to see! It was beautiful and very popular! Finding angles to get shots without people was tricky. Another thing I knew I wanted to try was the silky water effect you so often see in water fall shots. Look at the shot above. See how the water looks smooth and continuous? Now look at the shot below–much rougher and more natural. 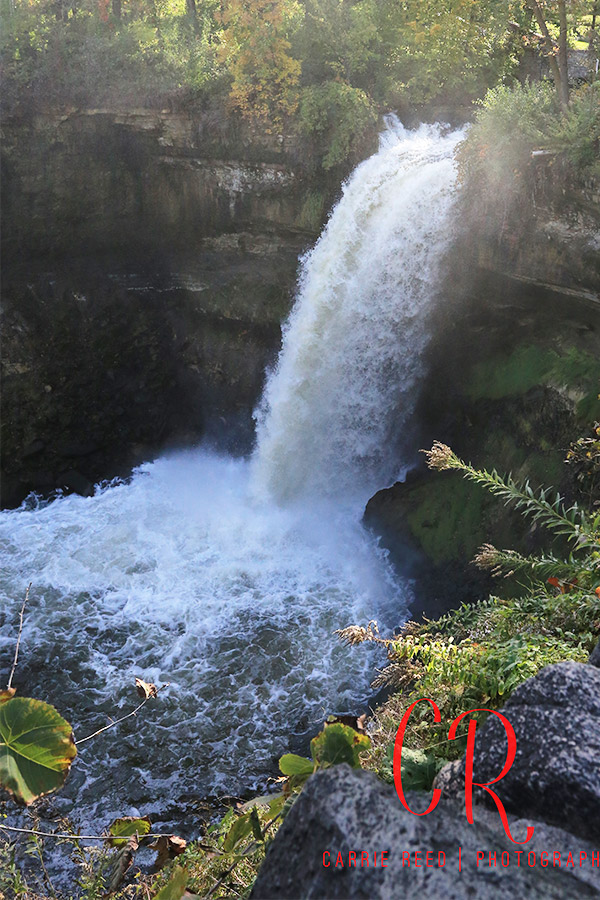 A neutral density filter essentially is a dark piece of glass you screw onto the end of your lens to make a bright day darker. They come in various degrees of darkness and you can buy them individually or in sets. Amazon sells a bunch of types, as does any camera store. They are handy to cut some of the brightness if shooting midday and to slow the shutter speed when you want to make water silky. They also sell graduated neutral density filters if you want only to cut the brightness on half the shot (such as the sky).

So, in sum, to make silky water:

Not a low enough speed to make it silky? –use a neutral density filter